It was a long road trip for the Broncs as they made their way to Iowa to take on the Cyclones and the Hawkeyes. Rider had a good match against Iowa State winning 22-15, but lost to top-ten Iowa, losing 35-6.

In the match against the No. 7 Hawkeyes, the No. 22 ranked Broncs had trouble on the mat. Senior Chad Walsh was one of two Broncs to win his match. Walsh, weighing in at 165 pounds, defeated 16th-ranked Kaleb Young, 5-4. 17th ranked senior Tyson Dippery beat Vince Turk by a score of 8-4 at 141 pounds.

Sophomore Gary Dinmore and senior B.J. Clagon both had tough opponents coming into the match. Dinmore went up against second-ranked Brandon Sorensen at 149 pounds and was defeated 14-4. Clagon faced Michael Kemerer, a returning 3rd-place National finisher, at 157 pounds and lost 18-5.

Against the Cyclones, the Broncs were able to come away with a win. Weighing in at 125, senior J.R. Wert defeated Jonathan Marmolejo, 10-1. Junior Anthony Cefolo defeated Ian Parker at 133 pounds by fall 2:01 into the match. At the 157 weight class, Clagon beat Chase Straw 13-11. Walsh bested his opponent 15-5 and junior Dean Sherry won by a technical fall 18-3.

Since his sophomore season, Walsh has achieved All-America status and Rider Male Athlete of the Year twice. Last season, he finished seventh in the nation at 165. Walsh was also second in the nation in pins in his weight class. He is still undefeated in conference dual matches, 17-0, and leads Rider’s program in all-time pins with 32.

“To break Rider’s pin record was awesome. I think that record speaks to the style of wrestling that I bring to the mat. I like being aggressive, and to pin the other guy is the ultimate way to win. Now I just have to make sure I get a lot more so nobody ever catches me,” said Walsh.

This season, Walsh and Clagon had matches at the NWCA All-Star Classic where they both came out on top. Walsh faced Princeton’s Jonathan Schleifer and won, 4-3. Clagon beat All-American Alec Pantaleo of Michigan, 10-4.

Last season Clagon went 27-4 and qualified for the NCAA championships. Clagon also was one win away from reaching All-America status, but did so as a freshman in 2015.

As a team, Rider went 13-1 last season, its only loss being to Edinboro. The Broncs sent three guys to the quarterfinals last year, including Clagon and Walsh.

Rider’s next match will be in Philadelphia against Pennsylvania on Dec. 1. 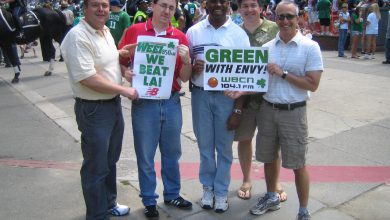