The recent campus reports on Lawrenceville renovations make no mention of the continuing court cases challenging both the legality and feasibility of relocating Westminster Choir College’s (WCC) students, staff and programs.

Unlike those campus communications, the court briefs filed by students, alumni, faculty and others to block this move reveal the substantial harm already sustained by Westminster from President Gregory Dell’Omo’s decision to sell the college to an unprofitable former manufacturer, and his subsequent decision to move its programs to Lawrenceville.

Westminster, at full enrollment in recent years, has seen enrollment plummet by two-thirds. Significant for students, outstanding faculty continue to leave, and not because faculty “come and go,” an explanation offered by a key Rider administrator in a meeting with Westminster faculty.

The briefs also delineate in detail the physical infrastructure in place in Princeton, including the new Cullen Center, a world-class facility for student training and performance. This infrastructure, built and refined over the years, is absolutely essential in fulfilling the college’s mission of preparing students for careers in the musical arts. Many are completely skeptical that renovations to the Lawrenceville chapel will be the equal of the Cullen Center.

The costs and challenges of duplicating a complete conservatory of music on the Lawrenceville campus are enormous. The effort is fraught with an enormous risk to Westminster’s students, programs, performance contracts and reputation. Four prior studies of relocating the Westminster campus, commissioned by Rider under different presidents, reached these conclusions and the idea was scrapped.

Nevertheless, the president and Board of Trustees are pursuing Westminster’s re-creation on the Lawrenceville campus, with a targeted completion date of September 2020. This is an act of bravado, a Hail-Mary pass, in my view as a thorough plan essential in establishing a target date for this complex project did not exist when that date was chosen. I say this as a former manager and student of organizations. Look for rushed and good-enough work, deadline extensions and a further decline in student applications.

For the record, Rider’s faculty union was open to considering the option of moving the Westminster campus to Lawrenceville. Reasonably, it wanted to study the relocation studies completed for the university as a starting point for discussion. That request was flatly denied by Dell’Omo, clearly indicating that he was not open to joining with the faculty in a true collaborative process. Rider faculty are incorrectly perceived by this administration as not committed to creating a healthy future Rider.

Speaking of faculty, they are the heart of every university. It’s quality and treatment by the university matter and its treatment is crucial in faculty recruitment and retention — issues vital to students. Over the years and especially in recent years the faculty has been willing to help the university in hard economic times by deferring cost-of-living increases and agreeing to reductions in benefits and research support. University staff below the top have also sacrificed economically, as well. These sacrifices continue today.

It’s easy to guess how faculty and staff are feeling about the president’s decision to spend $20 million and likely more, in addition to the millions already spent, on an undertaking that many believe is absolutely unnecessary.

Given Rider’s limited financial resources some believe this to be absurd. 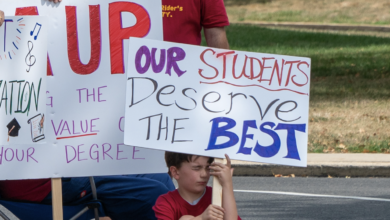 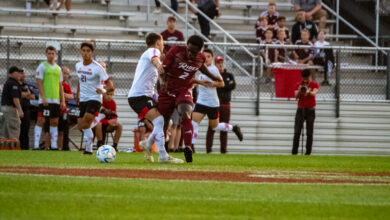 Rider ‘figured out a way to win,’ snapping four-game skid