‘Tis the season for tidings and joy. In a world full of seemingly constant negative news, it’s important to take time to focus on positive news surrounding climate innovation, clean-up and reversal.

Innovation creates new ways of thinking and a wealth of opportunity. How about using the plastic in the ocean as fuel for ships?  “New Scientists” writes that Michael Timko at Worcester Polytechnic Institute in Massachusetts believes that ships could one day be powered by the plastic they collect in the sea using a process called hydrothermal liquefaction.

We continue to see great strides in ocean cleanup with tens of thousands of tons cleaned up each year, but with an estimated 12.7 million tons of new plastic going into the ocean each year we must also reduce plastic use overall which can start here with you. Currently, at Rider we recycle rinsed no. 1, no. 2 and no. 5 plastics.

With a new President comes new policies. President Joe Biden’s “Build Back Better Act” has a $500 billion budget for climate funding, making it the largest investment in clean energy and climate adaptation the U.S. has ever made.

Sophomore musical theater major Ricky Cardenas said, “Joe Biden’s willingness to increase budgets for research for climate reversal gives me hope for the future and longevity of our planet.”

A big culprit of our climate crisis is the fossil fuel industry, but thankfully we have seen a decrease in funding for fossil fuels. According to Bill Mckibben of 350.org, in The New York Times, “$40 trillion in endowments and portfolios have vowed to abstain from investing in coal, gas and oil.” For perspective Mckibben states, “That’s bigger than the GDP [gross domestic product] of China and the U.S. combined.”

Another great push forward for climate technology is the XPRIZE contest. If you aren’t familiar with the XPRIZE, it is a contest for innovation where cash prizes are awarded to top winners.

Earlier this year CEO of Tesla Elon Musk created the largest $100M XPRIZE for Carbon Removal to speed up innovation. This is the largest competition the XPRIZE has run which notably, SpaceX was born out of an XPRIZE competition. Musk said he hopes the winning teams will help solve climate change, an issue that contest organizers are calling “the biggest threat facing humanity.”

We have a long way to go, but the innovations, funding and technology that are being put into climate reversal are a step in the right direction. We are dependent on big solutions to create big changes, but remember, everyday changes can be made by students just like you. 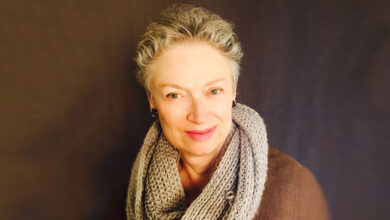