In Rider’s record-setting 22nd win of the season, the Broncs’ total team effort lead to the defeat of Canisius 75-71 in the MAAC Quarterfinals.

“It was a gutsy win by these guys,” Head Coach Tommy Dempsey said. “If it could have [gone] wrong, it went wrong. We didn’t play particularly well; I thought we were a little tight. We battled some adversity all night long. Everything that game went against us, and I think a lesser team [would] be on the bus going home, but we found a way.”

The Broncs (22-9 overall) had to go 11 deep because senior forward Jason Thompson was battling foul trouble most of the night, sophomore guard Ryan Thompson and freshman guard Justin Robinson were sidelined with injuries and junior guard Harris Mansell was playing on a hobbled ankle.

“That’s why we have to be deep and have a lot of able bodies,” Dempsey said. “We were injury free the whole year and we come here in the biggest weekend of the season and they were dropping like flies.”

It all culminated when red shirt freshman Patrick Mansell drained a 3-pointer, his only shot of the game, with 1:14 left to lift the Broncs to victory.

“My goal is to come in and try and be as solid as possible,” Patrick Mansell said. “In high school I always wanted to take the big shot and that’s still the way I am.”

After beating the Golden Griffins (6-25 overall) by a combined 75 points in their two regular season meetings, the Broncs looked like they had control of the game heading into the half with a 41-29 lead.

There was a huge shift in momentum in the second half. Freshman forward Greg Logins, averaging just 7.6 points per game entering the contest, gave the Broncs all they could handle scoring 18 of his team-high 20 points in the half.

Canisius stormed out to a 10-2 run after the break and would take the lead when junior guard Bob Bevilacqua connected on one of his five 3-pointers to make it 58-57. The Griffins would make it a three-point Rider deficit when sophomore guard Frank Turner hit a foul line jumper with 8:26 left.

Even with a gimpy ankle, Harris Mansell delivered by scoring eight of Rider’s final 15 points.

Harris Mansell spearheaded a 7-0 run to give the Broncs a 66-62 lead with five straight points.

Later, Cheltenham High School’s all-time leading scorer, gave the Broncs a 71-69 lead by finishing a miss by Jason Thompson and getting fouled in the process.

“My ankle is feeling not pretty good right now,” Harris Mansell said. “I didn’t think it was a big deal coming back into the game. Running on [my ankle], jumping up and down on it; mentally I just tried to overcome it and told coach to put me back in the game.”

Rider had four players in double-figures. Jason Thompson tallied his 21st double-double of the season with 18 points and 11 rebounds and younger brother Ryan Thompson had 11 points and seven boards of his own. Robinson had 13 points and three assists.

They held a 38-30 rebounding advantage over the Griffins, and the Broncs are now 18-2 when they out-rebound the opposition.

It’s now on to the semifinals for Rider where the men will take on Marist, which knocked off Niagara 66-62, on Sunday at 8 p.m.

-Dempsey said Ryan Thompson will not be in the lineup against Marist with a concussion.

-Dempsey hadn’t been in the locker room at the time of the press conference, but said Robinson is doubtful for the next game.

Jason Thompson answers the bell, sending the Broncs to the MAAC title game 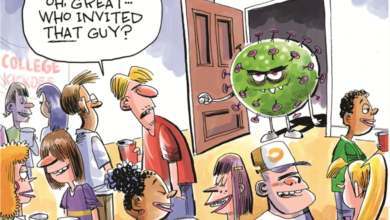 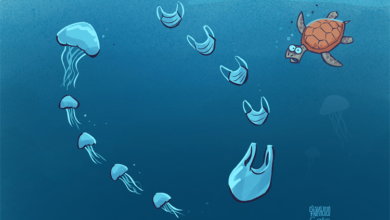