On Saturday, Jan. 8, I was attending the Investigate Reporters and Editor’s (IRE) Campus Coverage Project in Phoenix at Arizona State University. The day was warm, sunny and bright. None of us student journalists thought we were in for anything other than long seminars on how to read tax documents and working with Microsoft Excel. We were wrong.

At the end of the morning’s second seminar, Mark Horvit, the executive director of the IRE, came into the room with the announcement that Arizona Congresswoman Gabrielle Giffords had been shot at a Tucson supermarket while meeting with constituents.

All at once, dozens of smart phones were out and the chatter was endless and confused. Giffords was dead. Giffords was in critical condition. Giffords had been shot, but nothing else was known. It seemed that various news organizations were having trouble figuring out exactly what had happened outside that supermarket.

The majority of the 75 students present immediately walked out of the small lecture hall in the Walter Cronkite School of Journalism at ASU and sat down in front of a larger projector screen which had been tuned to CNN the entire time we’d been there. Many of us went off to find lunch for the day, only to return with sandwiches and slices of pizza in order to follow the story.

We learned, by and by, that 20 people were shot in all. Ms. Giffords and 13 others were wounded, while federal Judge John Roll and five others were killed. One of them was a nine year old girl whose mother thought it would be good for her to meet her representative.

So many students were interested in the story that the professionals teaching us quickly decided that those of us who wanted to skip our chosen “breakout session” (small group discussions dedicated to various issues involving covering higher education) could attend an impromptu session on covering breaking news. I declined, but about 25 students stayed behind for the new lesson.

Throughout the day, most of us spent our breaks glued to that projector screen. Ron Nixon of The New York Times, who was supposed to be teaching my Excel workshop later that day, had to leave immediately to cover the shooting. It came up in most of the group seminars throughout the day, and I’m sure it was the topic of conversation over many dinners that night.

Though I wish the tragedy could have been prevented, I’m glad that I had the chance to experience it while I was at the conference. It was oddly comforting to sit and watch the story unfold with people who cared about what had happened just as much as I did.

It’s also comforting to know that out there, all across the United States, are at least 74 other journalism students who are just as passionate about covering the news as I am. There are 74 other minds who are just as full of curiosity as mine is. And there are 74 individuals out there that I will be honored to share the profession of journalism with someday.

Sports Blog: All aboard the bandwagon 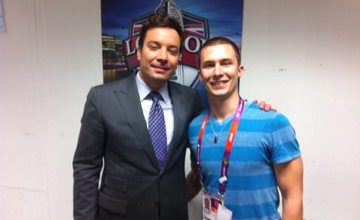 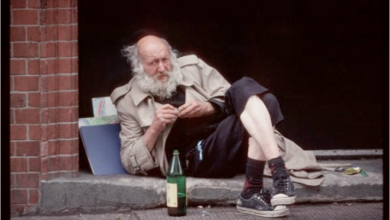 Anything Goes Blog: An opinion on professor dress code 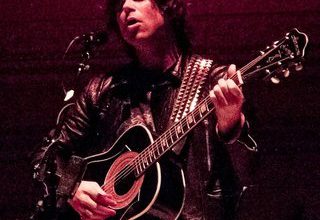 Between Ryan Adams^2 and a Root Canal^2