There’s a new kid on the block among Rider’s academic schools. The new School of Fine and Performing Arts (SFPA) has joined Westminster Choir College (WCC) as an institution for fine arts students.
The school was technically in operation last school year, consisting of the arts, dance, music and theater programs taught within the Fine Arts Department on the Lawrenceville campus and the music theater program at WCC. All freshmen majoring within SFPA now reside on the Lawrenceville campus. Upperclassmen already living at Westminster will remain there until they graduate. By 2011, every SFPA major will live on the Lawrenceville campus.
“There’s going to be so much performance [in Lawrenceville],” said Dr. Patrick Chmel, associate dean of the SFPA. “We’re going to have that kind of cultural richness growing on this campus this September.”
Dr. Robert Annis, dean and director of WCC, believes that not only will the new school enhance the Lawrenceville campus, but it will also provide Westminster students with enriched academic and social opportunities.
There are approximately 40 freshmen enrolled in the new school. Lake House is the primary residence hall for these new students, according to Chmel. They are required to live there, but they have priority. To accommodate these students’ needs, five new music practice rooms, two teaching studios and a keyboard lab have been furnished in the basement of the residence hall.
Although the freshmen will be living on the Lawrenceville campus, they will need to travel to Westminster to fulfill some of their course requirements. A shuttle system will be provided. Organizers are working out ways to coordinate course assignments with each campus so there will not be a need for shuttling in the future.
Chmel knows that it will be difficult to accommodate the new students and school in terms of space until new facilities are completed. However, he said there were fewer problems than first anticipated, and with any great stride comes eyebrow-raising and a few hurdles.
“We are creating something that will be far superior to what we have now,” Chmel said. “The opportunities are tripling overnight for our students.”
Annis said the new school will encourage aspiring performers and artists, as well as teachers and students with artistic talents and interests. It is also designed to fuel the interaction between professional, liberal arts and interdisciplinary tracks, he said.
Chmel hopes the “us vs. them” mentality some of the arts students on the Westminster and Lawrenceville campuses have will disappear. He said that students should be celebrating because they are getting new programs and new facilities and they do not have to worry about their programs being cut. The freshmen have been given the chance to be pioneers and will be able to say that they were there at the very beginning of it all, said Chmel.
“It can be tempting to build walls when you don’t work with people on a daily basis,” Annis said. “Collaborating on curriculum, the strategic plan and plans for the future — not to mention having more arts-related programs and students on the Lawrenceville campus — should, hopefully, bring the campuses closer.”
The SFPA will continue Westminster’s choir tradition by implementing two choirs on the Lawrenceville campus.
“Through the Rider University Choir, which will be a non-auditioned ensemble conducted by Philip Orr, they will be able to explore many musical styles, while emphasizing contemporary themes,” Annis said. “The Chapel Choir, conducted by Ronnie Oliver, which will be open to all students by audition, will offer students the opportunity to explore choral music of diverse musical styles in depth.”
Chmel believes that the creation of the SFPA is a great step for the university and will add to its quality. The university has greatly progressed from its start when the arts were simply used to serve other majors by making students well-rounded, he said. Now, the arts are sharing the spotlight. 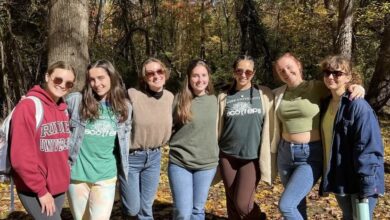