By Emily Kim and Carolo Pascale

The 2020 Rider Annual Security and Fire Safety Report revealed a significant decline in drug and liquor law violations on the Lawrenceville campus with a 76.9% and 70.5% decrease respectively since the peak in 2017. Additionally, from 2018 to 2020, there was just over a 64% decrease in the number of alcohol violations.

Rider University, Princeton University and The College of New Jersey (TCNJ) reside within about 30 minutes of each other. Many students at each of the schools mingle with one another and share hang-out and party locations. As expected, at any college or university, alcohol is often involved, ultimately leading to added violations for students.

In comparison to Rider and TCNJ’s data from 2018 to 2020, Princeton recorded a mere 13% decrease in alcohol violations, including a high of 13 cases during the same period.

Rider has been more receptive than both universities to lower the number of alcohol violations which are not only reported from on-campus residential facilities but also in non-campus buildings and public properties.

Senior healthcare management major and first-year community assistant (CA) in Olson Hall, Alyssa Miller said that in her experience, “there have been no drug law violations for either the fall or spring semester so far.”

By comparison, in 2019, there were 13 on-campus drug law violations classified as disciplinary actions and/or judicial referrals. This statistic dropped drastically in 2020, as there were only three of the same type of violations.

Miller said she feels that the decline is potentially attributed to “the freedom to lift the restrictions on smoking cannabis for students ages 21 and over,” since it “has allowed students to effectively participate in the use of the drug off-campus.”

Although marijuana use has been legal in New Jersey since 2021, it is still prohibited on college campuses in the state. However, Miller argued that the legalization of marijuana has not affected Rider in terms of drug use and law violations in residential facilities and other on-campus areas.

Additionally, she said she doesn’t feel it is essential for Rider to further implement its restrictions and limitations regarding on-campus recreational drug use as long as “there are no violations on campus or not many to raise suspicions.” Her belief lies in the hope that “there will eventually be a way to allow cannabis on campus while maintaining a respectful environment.”

Since 2012, the number of disciplinary actions and judicial referrals concerning drug law violations on the Lawrenceville campus have fluctuated from year to year, falling steadily from 2012 to 2016, from nine to two violations respectively, and rising unpredictably to 13 violations in 2017.

“I have not caught anybody in Wright doing drugs or anything of the sort,” Crawford said. “I have, however, heard of cases in other buildings where students have engaged in drug activity on campus. There have been a few occurrences this semester alone, and I have been in buildings with other CAs when they have smelled marijuana and suspected drug use.”

Crawford accredits the campus decrease in drug law violations to the coronavirus pandemic.

“I think, for a really long time, it was hard for students to get into groups or have access to drugs due to the quarantine and most people staying inside,” she said.

Crawford, like Miller, does not believe that the legalization of marijuana has significantly impacted the campus safety data regarding drug law violations at Rider.

Since working in this position, she concluded that “most people who smoke or use cannabis had already been using it whether or not it was legal,” and therefore feels that “Rider can further manage drug violations moving forward by having better inspections of residence halls.”

Moreover, the Clery Act, “requires colleges and universities to report campus crime data, support victims of violence and publicly outline the policies and procedures they have put into place to improve campus safety.”

Second-year Rider Pub Graduate Assistant MacKenzie Garrity said she feels that the effects of the pandemic are closely related to the decrease in liquor law violations.

“If we’re considering the past year and a half, there have not been as many people on campus, but this year, it’s kind of starting to go back up … I honestly do think that the pandemic has something to do with it as well as a lower student population at the university,” Garrity said. “There are more aspects of the CA and CD training that know how to actually deal with and talk to students about alcohol.”

In her experience working at the pub, she said that “there are rarely students underage who come in and try and [either] purchase a drink.” To her knowledge, the majority of students who violate the liquor laws and regulations at Rider participate in drinking behavior in residential facilities both on and off campus.

She stated that another potential reason for the recent decrease in liquor consumption at Rider “could also just be the student population being a little smarter about what they are doing because there more people are starting to commute, so it’s easier to go off campus to peoples’ houses” instead of drinking on campus with the potential risk of getting punished or fined.

alcohol-related incidents can be categorized as either tier one or tier two, and depending on its severity, “students may [also] be issued additional sanctions including, but not limited to, loss of housing and dismissal from the University.”

Regarding an on-campus bar being accessible to students and faculty, Garrity said she believes that “if there wasn’t that kind of space, there would be more violations depending on the residence life code; depending on which buildings you can have alcohol in and whether they want to create dry and wet spaces.”

Because Rider is a private institution and the Pub holds a club license, both Rider Public Safety and the local police are expected to intervene when there is a liquor-related incident on campus. Ultimately, Garrity said that the Pub is “a liability just existing in one of the student centers,” but the most important thing is “understanding and being very aware of the environment in there.”

While there have not been any arrests for liquor law violations on Rider’s Lawrenceville campus since 2015, with only one that year, there have been several instances of arrests for drug law violations with a high of 24 arrests in 2015, which translates to a significant 70.8% decrease in 2020 when seven arrests were reported.

Rider Public Safety Director James Waldon said when it is necessary to contact the local police department whenever dealing with drug law violations.

Waldon commends Rider for its efforts to limit the number of alcohol violations on its campus.

“Rider does a lot of educational programming,” Waldon said. “That’s mainly done by the Office of Student Affairs. There are a number of programming initiatives that they do throughout the year.”

Senior health sciences major, and second-year community assistant in Wright Hall Love Oluwadare commented on her views on the alcohol policy at Rider. She credits the decline to “the increased awareness of drinking and driving” and “further outreach and exposure on social media to reach the younger generation.”

“It is a personal choice for people to drink responsibly,” she said.

The decrease in alcohol violations at Rider typifies a trend going in the right direction. Looking ahead, Oluwadare said she feels that “the drug and alcohol regulations set on Rider’s campus will continue to implement rules that enforce and emphasize student safety while also allowing students to enjoy themselves freely.” 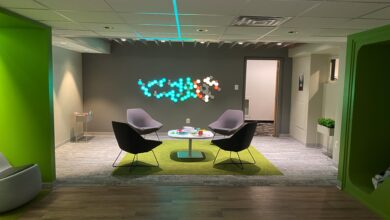 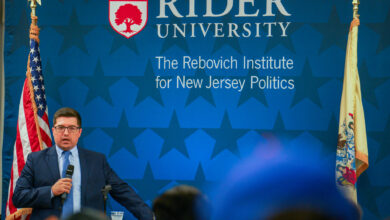