Deforestation is known around the world as a prevalent issue, which should come as no surprise to Rider students, given the accessibility of information these days. However, they may be shocked to learn how the effects of deforestation globally also impacts life here in New Jersey.

In recent years, the rate of deforestation has increased dramatically, leading to the destruction of countless homes and habitats.

Trees are crucial not only in protecting our land, but in protecting our atmosphere as well. Forests have an adept ability to sequester carbon, therefore the loss of our forests can contribute up to 30 percent of global greenhouse gas emissions. Increased demand for commodities such as palm oil, beef, wood and soy drive deforestation in today’s society and, in turn, impact us and the health of our planet greatly.

Education on this issue is not just limited to the news or the internet. Many Rider students may be aware of the importance of the Rider woods and what they do for us.

According to a Rider study that was conducted in the late spring of 2017, it was found that our woods can sequester an average of about 665 tons of carbon annually. Needless to say that if those trees were to be destroyed, all of that carbon would be absorbed by our atmosphere.

The university has taken many initiatives in reducing our carbon emissions, reinforcing its goal by signing the “We Are Still In” pledge. Our solar field and tri-generation energy plant are large factors in the reduction of our emissions, but since the trees on our campus also absorb large amounts of carbon, they prove to contribute greatly to our campuswide goal as well.

Through the years, students here at Rider have been taking notice of the harmful effects of deforestation. It is not just a concern of scientists and environmentalists.

Rachel Pereira, a senior biology major feels that “everybody should be concerned about it because we are all on this earth together and it does affect everyone equally.” She encourages her peers to “act locally but think globally.” Our small actions can still make a large impact.

The significance of deforestation and its effect on our environment is noted all around the world, but may be easily ignored by citizens living in more urban areas with much less wildlife and woodlands, especially since carbon emissions cannot be seen.

However, other natural disasters can cause immense harm in residential areas, where trees have not been considered as a solution. The intensity of events like flooding and erosion can be lessened, simply by increasing the amount of greenery in an area.

Kathleen Browne, an associate professor of geological and marine sciences, considers deforestation to be an issue that should be a concern to everyone.

“It is an activity that can cause and exacerbate many problems the global community will need to deal with,” she said. “We generate problems such as loss of land that helps storm water filtrate into sub-water soils and bedrock, loss of habitat for all sorts of wildlife and habitat fragmentation which can isolate wildlife and prevent necessary mobility, just to name a few.”

Combatting deforestation is a battle, but it is a battle worth fighting. Although it may seem like an issue too difficult to inhibit, it is more than possible. Simply by eating less meat and soy or using products that do not utilize palm oil can reduce the demand for those products, and in turn, decrease rates of forest destruction.

If we all implement these decisions in our lives, there is no doubt that we can change the world for the better. After all, small acts performed by millions of people can transform the world.

Face off: Saying no to technology 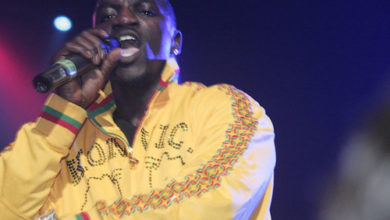 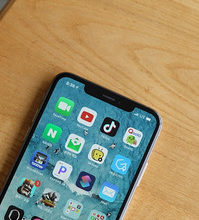