Early in the morning on Sept. 20, all students residing in Conover, Switlick, Hill, Moore and Olsen Halls were evacuated due to a gas leak.

Days prior to this event, there was construction on the road outside Rider’s north entrance, where the gas leak was found. A private contracting company received permission to run a water line there.

“They gave us an outline on when they would be doing some of these things and it really didn’t have much of an effect on us,” said Michael Reca, the vice president for facilities and university operations. “It was the private contractor doing their thing for [Cobblestone] development. They did tell us they were taking all the necessary precautions. We told them they have to do the work overnight. They couldn’t disrupt any of our classes.”

The contractors were working from Sept.19 into Sept. 20. It was 2:30 a.m. when the leak started and the students were evacuated to the Student Recreation Center (SRC).

“One of their machine operators was digging and inadvertently hit a gas valve,” said Reca. “Because the main on the street was high pressure, it was spewing a lot of gas in the air, which then wafted into our residence halls.”

Public Service Electric and Gas (PSE&G) came on site with Reca and they were able to temporarily plug up the hole until they found a solution.

PSE&G was able to plug up the hole and put asphalt down right before rush hour started.

“Everyone was rushing outside and I thought it was a basic fire drill,” said Tim Ferrier, a junior sports media major. “We didn’t get back into [Switlick] until 4:30. I didn’t find out it was a gas leak until the day after.”

Ferrier wasn’t the only student confused.

Heather Lesinski, a senior education major said, “[I was] woken up by alarm and felt panicked at first until a Public Safety officer told us we were going to the SRC for a while. We were confused because he didn’t give us a reason. I was a little annoyed because I had to wake up early the next day and didn’t have an estimated time for how long we would be in the SRC but, at the end of the day, I was safe so that’s all that mattered.”

This was not the first gas leak at Rider.

Back in 2016, Lincoln Hall was closed for seven hours due to a gas leak. This time, Reca was prepared.

“You look at that time frame from a major gas leak to having it fully repaired, it was very efficient,” said Reca. “For a bad situation, everybody stepped up and did the right things.”

Students get short surge of HFMD 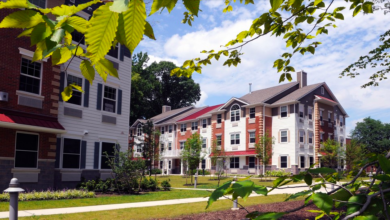