Peace, love and music. Forty years ago, the Woodstock Music and Arts Fair transformed a small farm in Bethel, N.Y., into a cultural phenomenon in August 1969.

As young men, two of Rider’s sociology professors, Dr. Jeffrey R. Halpern and Dr. Barry E. Truchil, traveled from different parts of New York to the Woodstock Music and Arts Fair. Both planned on arriving a day early because of the anticipated crowd.

“The festival was being advertised everywhere on the radio and in Village Voice,” Halpern said. “There was a buzz and my friends and I knew enough to get there early.”

This three-day festival was composed of both popular and on-the-rise musical artists of the 1960s, including Creedence Clearwater Revival, The Grateful Dead, Janis Joplin, The Who, Jefferson Airplane and Jimi Hendrix.

“A lot of people made their careers from Woodstock,” Truchil said. “A lot of groups became super groups just by being there.”
Among many aspects, the spontaneity of Woodstock set it apart from many concert events that year and even today.”

“I actually bought tickets for me and a group of friends, and when we got there we realized we were about the only people who had tickets,” Halpern said. “They weren’t even collecting tickets. They gave up and just opened up the gates.”

Most may think such spontaneity would breed problems, but not in the case of Woodstock.

“The attendance overwhelmed everybody,” Truchil said. “The spontaneity helped because anyone who would be there to exploit anything would never think it was worth going to. You didn’t need security there.”

Halpern also said that if law enforcement was present, it wasn’t necessary.

“If there was security, I didn’t see any,” he said. “There really weren’t any bad experiences, and certainly no violence. Even the folks who were having trouble with bad trips were taken care of.”

With no food vendors, little water and over 500,000 people in attendance, some planned ahead, and those who did not got creative.

“We were smart enough to bring a cooler full of food,” Halpern said. “We became very, very popular at the festival because we shared our watermelon with other people.”

Truchil added, “I think my brother and I started the first campfire. Somebody came in with all these ears of corn, so we cooked them by the fire. We would end up taking a bite and passing the corn round. The karma was really good.”
Since the crowd was larger than expected, and food was scarce, one would expect survival-of-the-fittest tendencies from the concertgoers, but generosity outplayed any negative attitudes.

“There were people you didn’t know, and if they had extra food or water they would share,” Truchil said. “The festival had a profound impact to some extent on me for a little while because I thought everybody was so nice.”
Going right along with the crowd’s kindness was its carefree attitude in highly uncomfortable conditions during heavy rains throughout the three days.

“The rain was uncomfortable at the time, and it was one of the reasons people took their clothes off,” Halpern said. “Wet clothes are uncomfortable, a wet body is not uncomfortable, and so we just stripped down. Some stripped down to their underwear, others just took all their clothes off and just relaxed.”
The Woodstock Music and Arts Fair was known for bringing peace and love during a time of anger and confusion. Although it took place during a time when people were upset with politics and war, it was not about making a political statement.

“The music spoke as a counter-cultural critique to the materialism of the baby-boomer society,” Truchil said. “I think Woodstock captured more of that than the politics, but I wouldn’t say that there wasn’t an anti-war element.”
Without a doubt, the three days of non-stop music left much of the crowd sleepless.

“There were no breaks, and acts played much, much longer than scheduled,” Halpern said. “Concerts and festivals today start at a certain time and end at a certain time. Woodstock was different — it was sensory overload and was just nonstop, complete immersion in music.”

Since then, 40 years have passed, music has changed and large events have become more organized. Even though time has altered some things, music festivals still rock the summer months, and Woodstock was remembered through a 40th anniversary concert tour.

“Some of Woodstock’s original groups, to be fair, are not all that creative anymore, and are cashing in,” Truchil said. “To some extent, a better Woodstock right now would have Coldplay and Radiohead, and the equivalent bands of today performing at a concert like that one. If I were to organize a Woodstock I would have a few from the original [in] ’69, but I would mix it in with where there is a lot of energy today.”

The Woodstock Music and Arts Fair of 1969 may have left a bad taste in some peoples’ mouths over the years because of the media’s impact, but all in all, it was a favorable experience that shaped history, the professors said.

“I only have very positive memories of Woodstock,” Truchil said. “It was a great experience and it was spontaneous. Everybody took care of everybody and everybody supported everybody. It captured the times.”

‘Trek’-ing out of this world 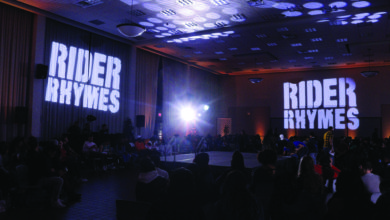 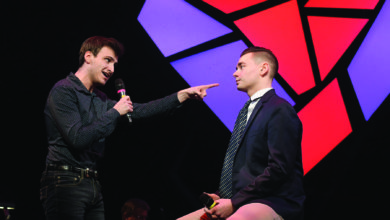 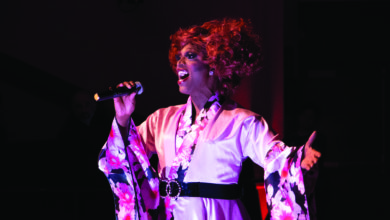 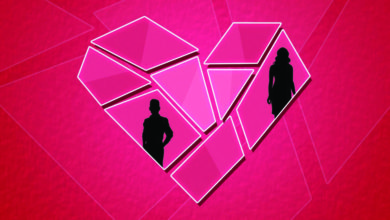 “MAD About You!” will win hearts just in time for Valentine’s Day